The last few weeks have been pretty interesting. I, being Gary, have had the opportunity to dust off my pilots license and use it. Normally our other pilot does most of the flying, but this month we had a significant increase in flight requests so I got to help with that part a bit more. One flight took me to the towns of Menongue and Cuito Cuanavale with World Vision International. 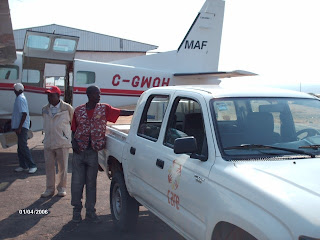 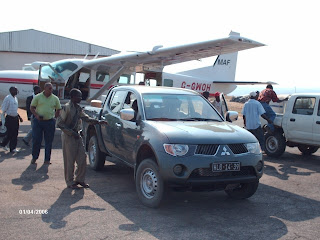 WVI is working to help farmers become more self sufficient and move beyond subsistence farming. The program has been very successful and they were looking at starting this program in and around these two towns. One of the interesting side stories was from one of the Angolan WVI staff that had accompanied us. He had joined the Angolan army when he was 16 and had spent a significant amount of his time in the 1980's fighting South African supported UNITA forces in this area. Two of his brothers had died in the fighting and were buried in Cuito Cuanavale. It was the first time he had been back since 1988, it was fairly emotional for him. It is easy at times to forget the suffering of the Angolan people, but the suffering from the war is not a thing of history books for them, it is fresh and it is very real.
A second trip was to Menongue as well, but this time we went about an hour north to a former mission station at a place called Catota. The reason for the trip was two fold. One was to check on the progress of re construction of the station, which the government is doing 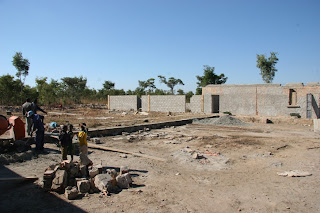 and to bring back a daughter of one of the missionary doctors that had worked there until 1953 with her sons and daughter-in-law. 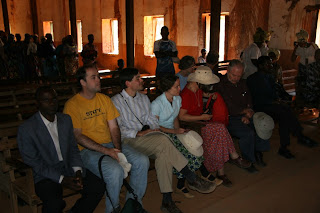 It was amazing to see the welcome and the joy of the people as they talked about their
memories of her parents and how thankful they were for their work amongst them. The gratitude and thankfulness was truly stirring. 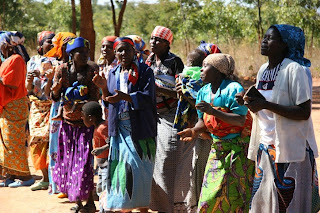 Since this family left 55 years ago there has been no consistent medical care and for the last 35 years the hospital has been a pile of rubble. 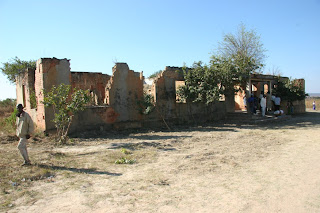 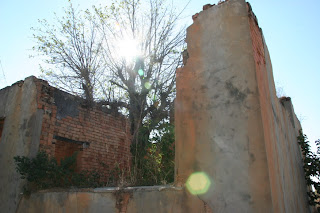 Interestingly the only building that survived was the church building. 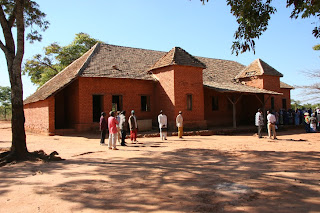 The third trip again took us to the Menongue area, but this time farther south past Cuito Cuanavale to the town of Mavinga. This stretch between Menongue and Mavinga saw some of the fiercest fighting of the war, in fact the largest tank battles since World War Two were fought in this area. The fighting split families apart and this was why we were there with the International Red Cross. They had located eight children between the ages of 7 and 14 who had been separated from their parents for up to 10 years and we were going to help reunite them. 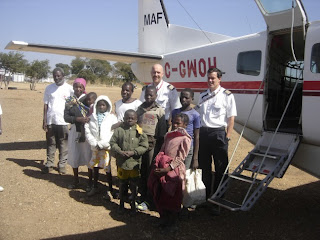 When we arrived at the strip only 4 of them appeared and the guys from the Red Cross quickly asked how much time we had on the ground. They wanted to know if they had enough time to go rescue at least two of the four. Why do I say rescue? In lots of these situations the families that have the children aren't always interested in returning them. It can cause them economic hardship or they are just looking for money to release them back to their parents. We were told that they were only 15km away and that it should only take one hour to get them and return driving in the Land Cruisers. Well, one hour and 45 minutes and 60 km later we still hadn't arrived at the village. We had to turn around and head back to the plane so that we could at least bring the other children back to their families. The chances of reuniting the other children with their family is now about zero. It is hard to accept how our actions can affect those around us in such a profound way. We hope that we will be able to return in October, but who knows where the children will be moved to at that point. The south eastern part of Angola is huge and sparsely settled, there is a reason that the Portuguese called it, "The ends of the world."
We will be back in Canada on the 10th of August and will be returning to Angola on the 8th of September. We will be busy with wedding prep and all that that entails. We are not sure about how many of you we will be able to visit, especially outside of the Calgary area, but drop us an e-mail and we will see what we can figure out!
Posted by The Sporadica at 7/27/2008 07:54:00 am