Going down the tubes...

To say that the plumbing system where we live is a little archaic doesn't really do justice to the system. It's not that it's really old, built in the 70's, or that it was built in Africa, it's just a different system that was built by the Portuguese using a different construction paradigm than what most of us are used to. The main sewer pipes for the kitchen and bathroom exit the building into little cement boxes just below ground level that run to other small boxes, where we would use an elbow, that then run to a big tank which was connected to the city system...which hasn't worked for decades. So the other day when yucky stuff started oozing out of one of these small boxes, we figured it was time to do some repairs. Most likely one of the tubes running between the small boxes was blocked and needed to be cleared. Fortunately we have a wonderful group of guards who help us with our maintenance, they opened up two of the little boxes and eventually figured out that we would have to open the main tank. No problem, its only under a five foot high cement block wall and buried a further two feet under that. Really!? Who designs this stuff? So down comes part of the wall and they dig out the tank and we have it pumped out...do I really need to describe what that was like? They found the offending pipe, cleared the pipe, which resulted in an unintended shower...ewww! The end result was that we made the main tank a little bigger and ran some new tubes from the boxes just to make things a little more accessible in the future if need be. 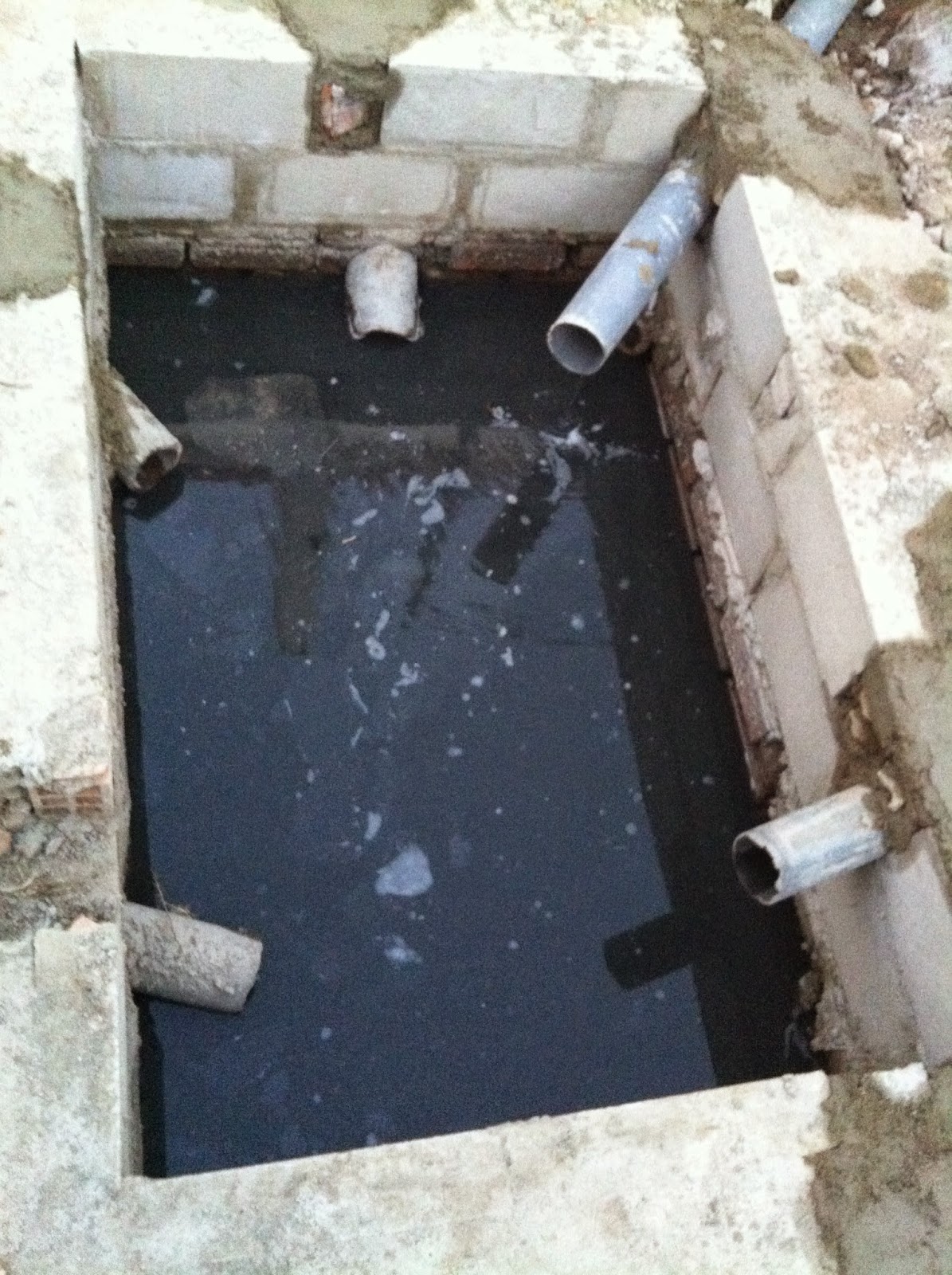 The slew of despondency. 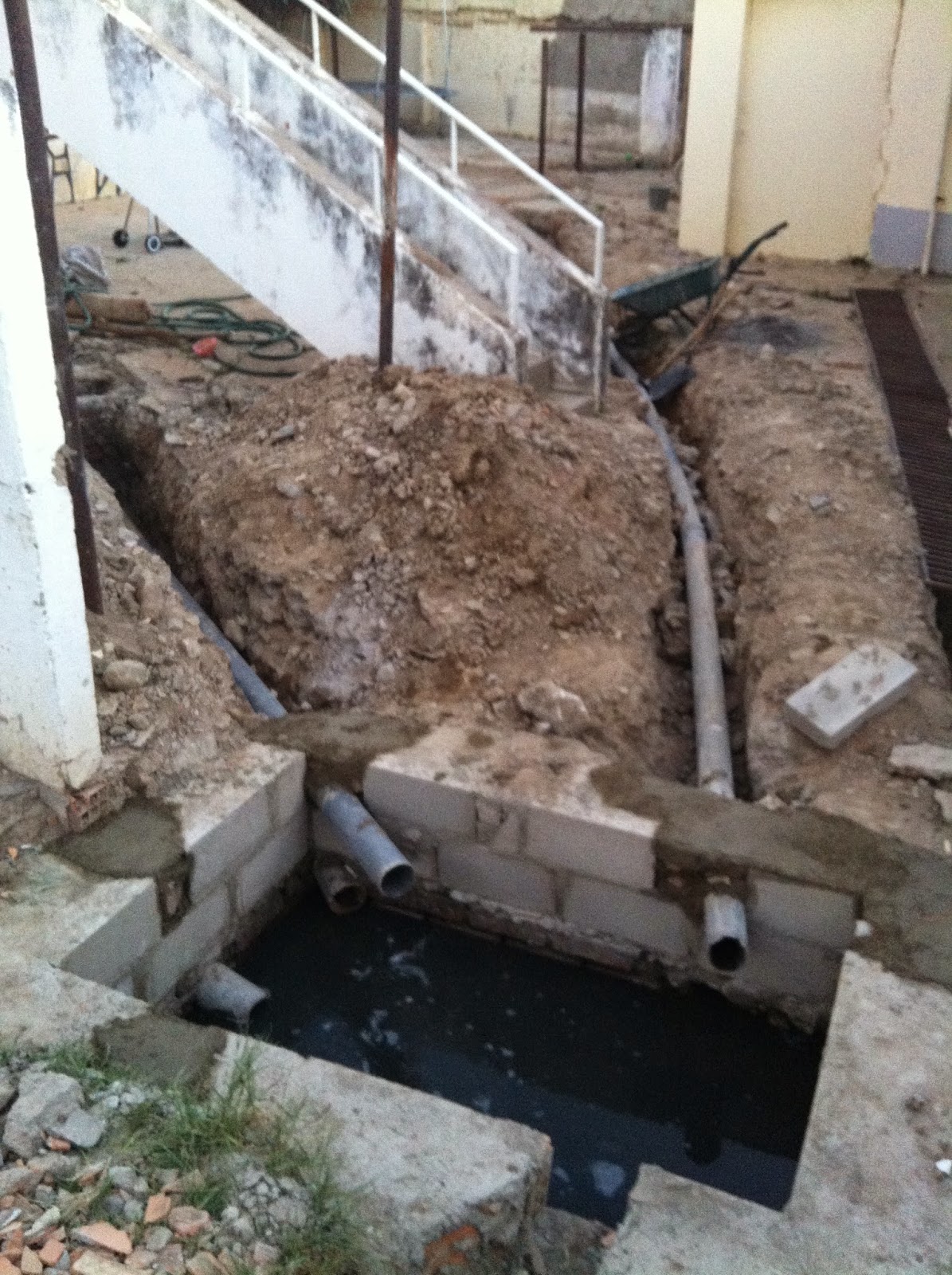 Some of the new plumbing. 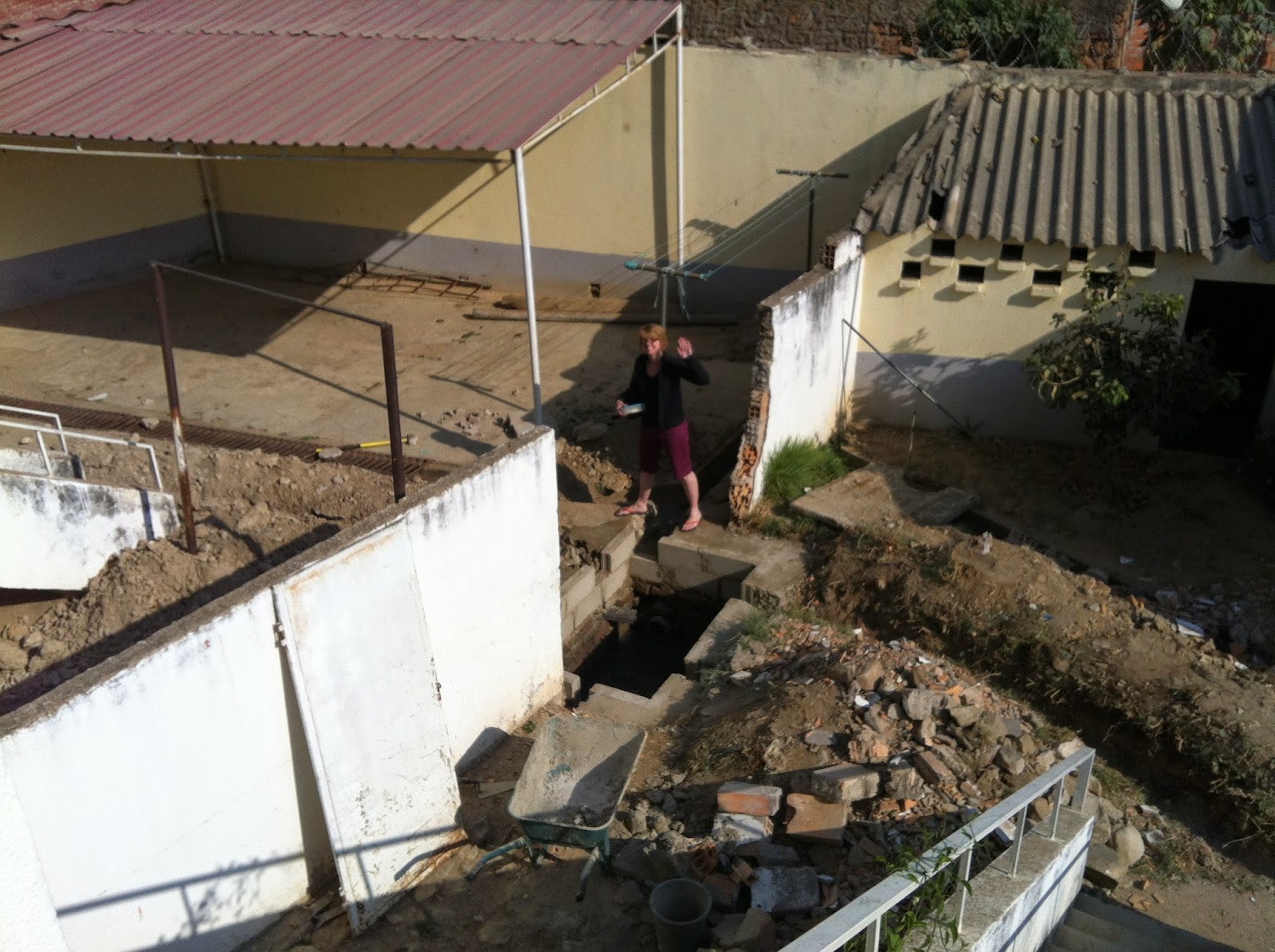 Tammy crossing the slew of despondency. 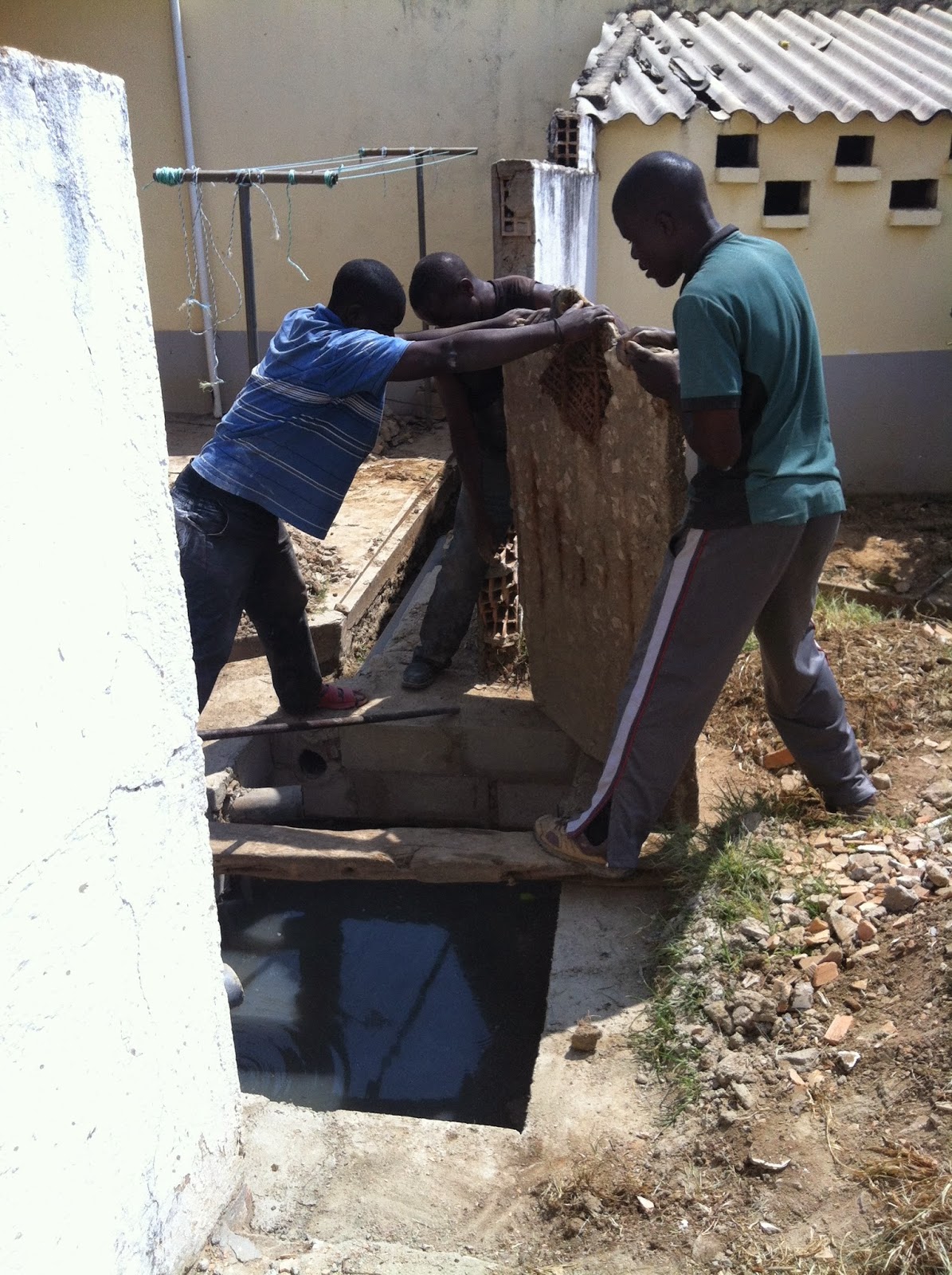 The guys closing up the slew.