There is a saying whose truth is somewhat debatable, that the only difference between men and boy is the price of the toys. Whilst valid points could be made for either side, we are thankful that the interests of young boys and girls turn into tools that God can use to build His kingdom. In the following case these interests include bringing Jason and Amanda Helmholdt, a couple from Michigan to Angola to construct runways. Just last week a container arrived here in Lubango that contained part of the equipment for that project. We are extremely excited about the possibilities that this equipment brings! As many of you know, health care is extremely lacking in many parts of Angola and this equipment will allow us to bring God's word and His healing to people that are in desperate need. 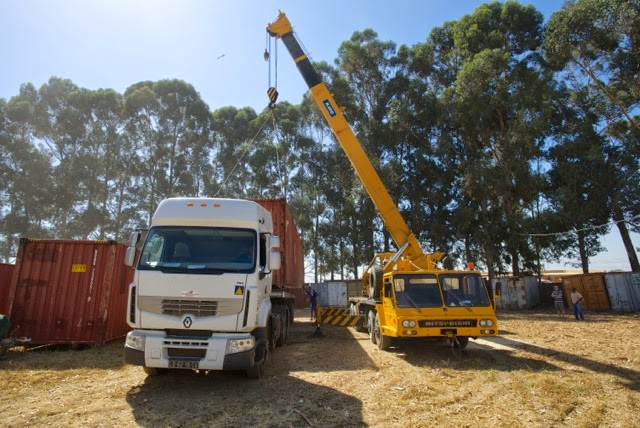 Who doesn't like to watch a crane unload a big container? 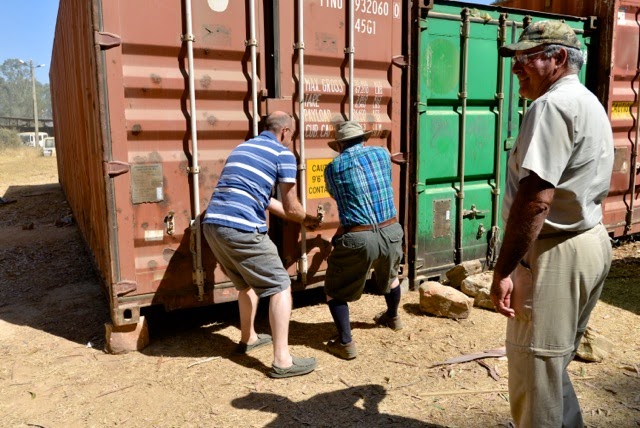 Prying open doors that are salted up from shipping. 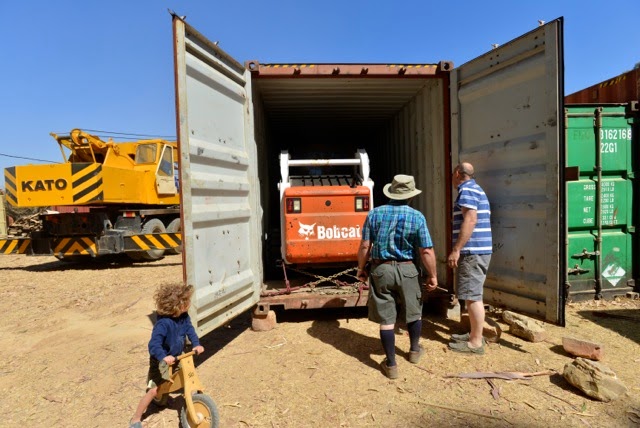 WOW! Look at all the cool stuff! 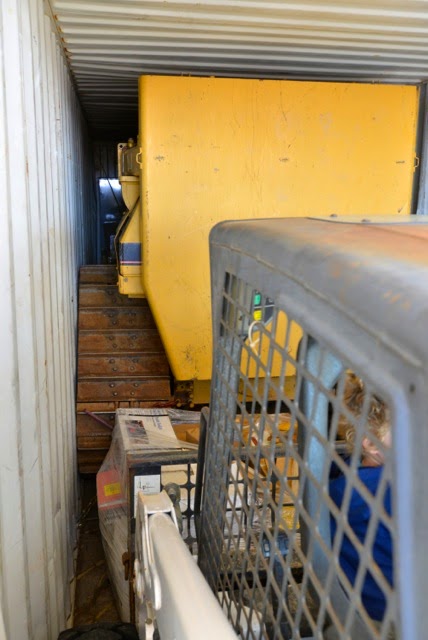 Oh yes, men and boys and some of the toys!

You can help make a difference, why don't you consider joining our team and be a part of bringing "Wings of Hope" to the people of Angola. A huge "THANK YOU" to those of you who have already joined our team through prayer and financial support ~ We can't do this without you!!
Posted by The Sporadica at 9/16/2014 08:52:00 am