And now for something completely different...

Well not really, in fact probably not at all, I just seemed to have that phrase stuck in my head and thought it would be a good title for a post. Although now that I think of it most things here are completely different, but that still doesn't have anything to do at all with this particular post...I think I've somewhat digressed a tad...

A few weeks ago we received a container filled with all sorts of runway construction goodies. A D4 Caterpiller, a Bobcat (an actual Bobcat brand Bobcat) and all sorts of attachments. We excitedly opened the container once it was off the truck and eagerly looked things over, but alas we were missing one crucial element, someone that knew how to operate the equipment! Fortunately a fine chap and his family were on their way from the United States of 'Merica. Jason Helmholdt and his family are going to be out here moving dirt and levelling things off so that we can have some runways built to help some of our partners better serve their Angolan brothers and sisters.

Once Jason arrived he was just as eager as we were, I actually think more so, to see the equipment be rolled out of the container. 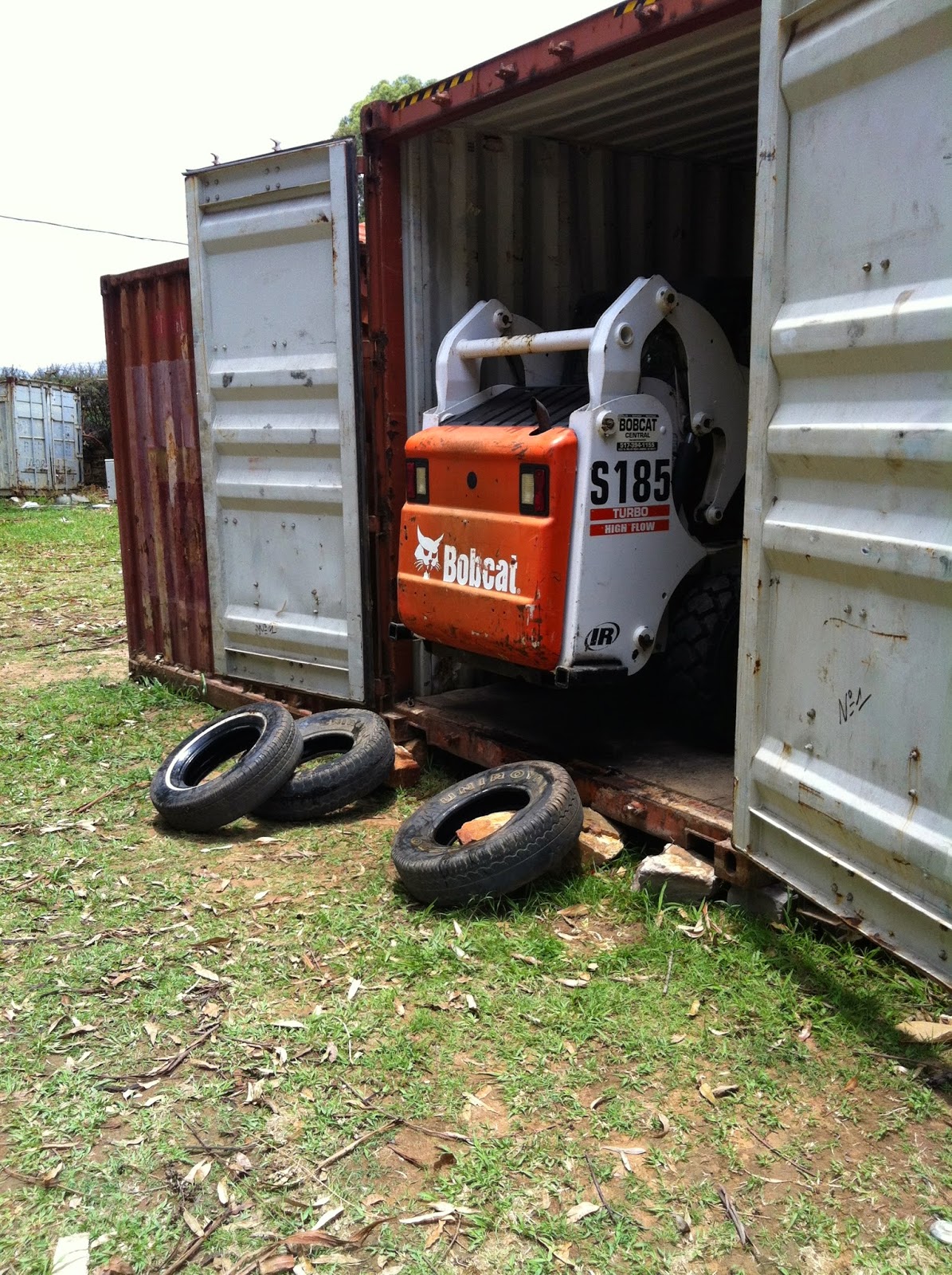 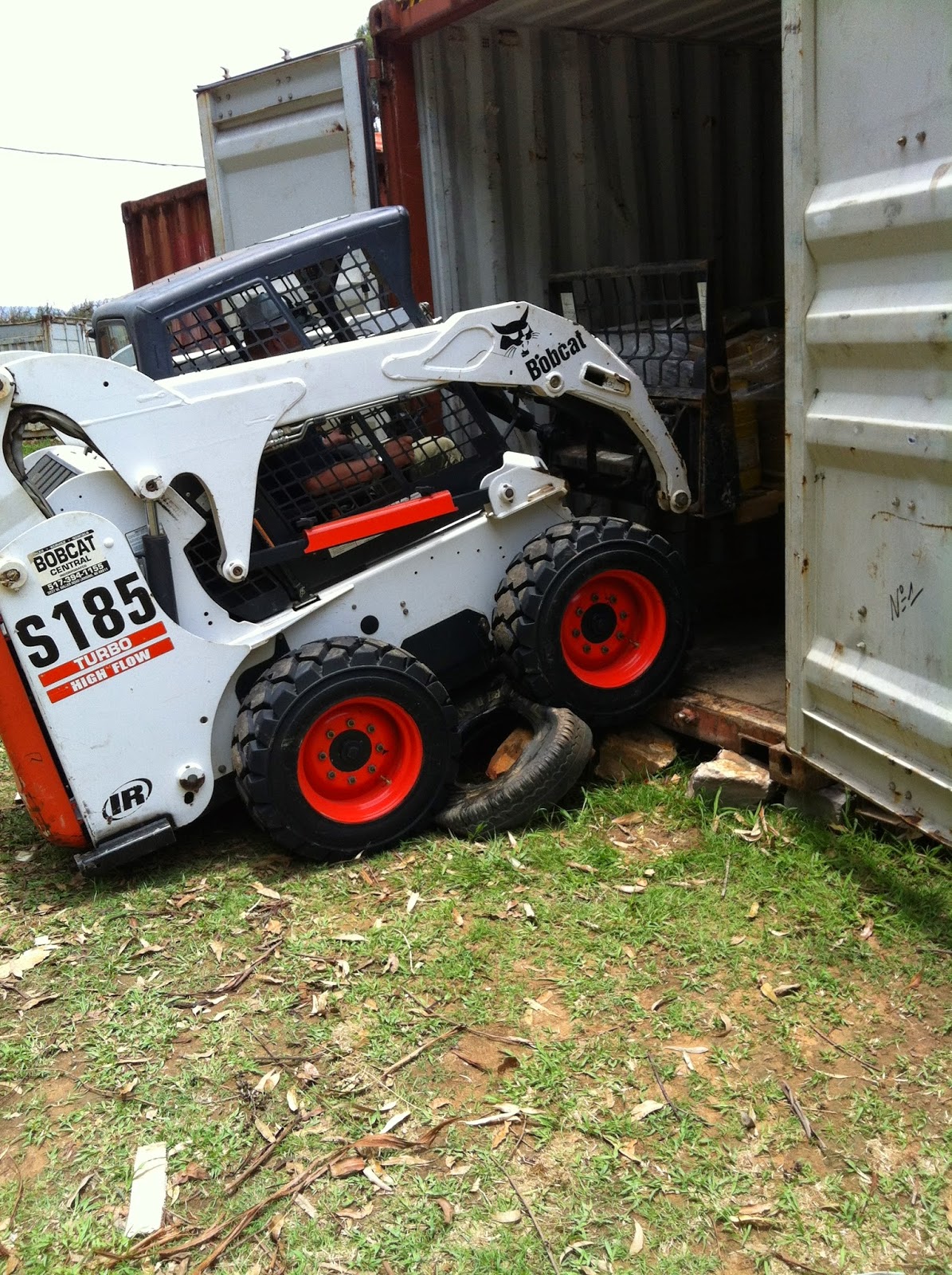 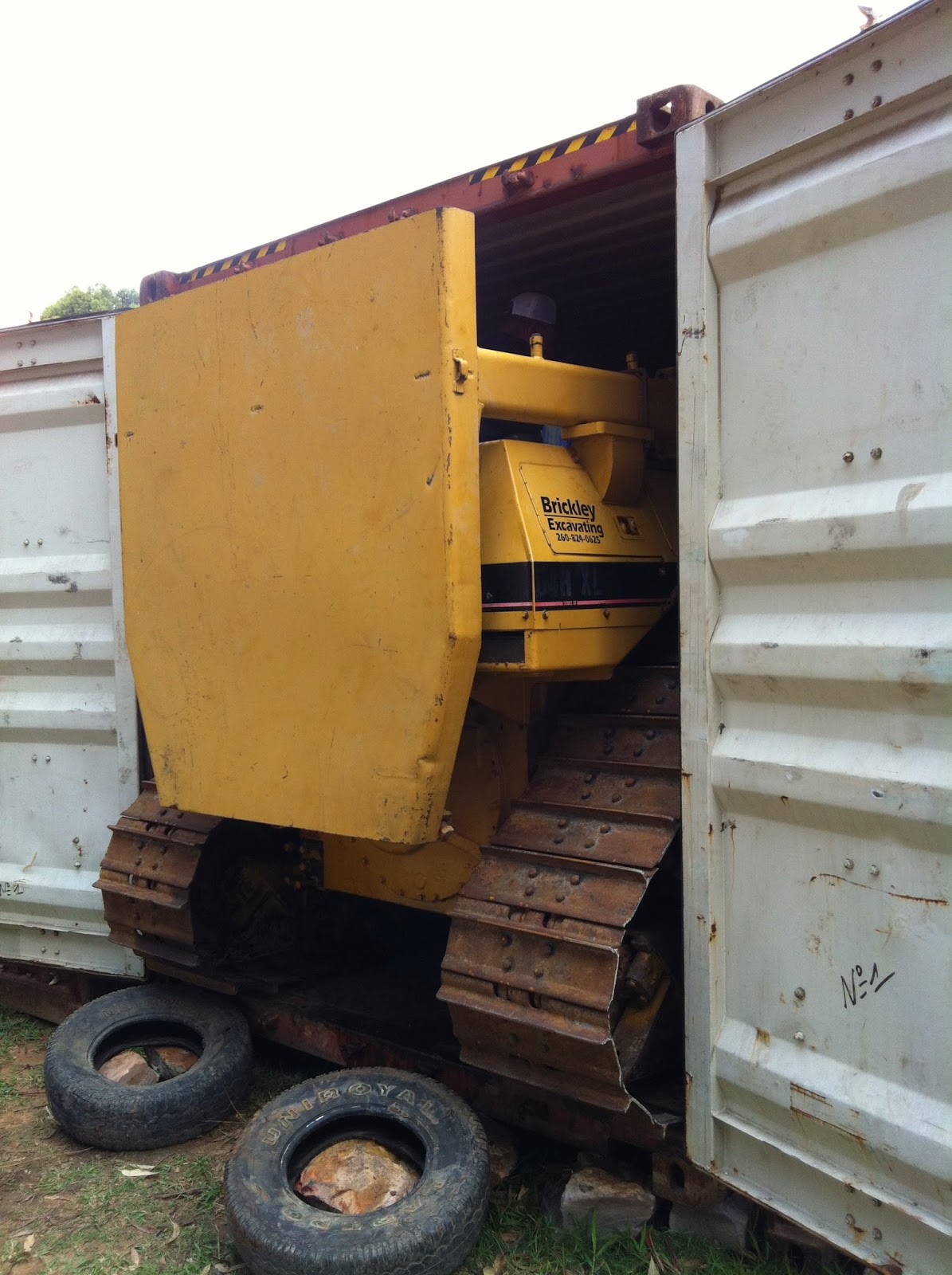 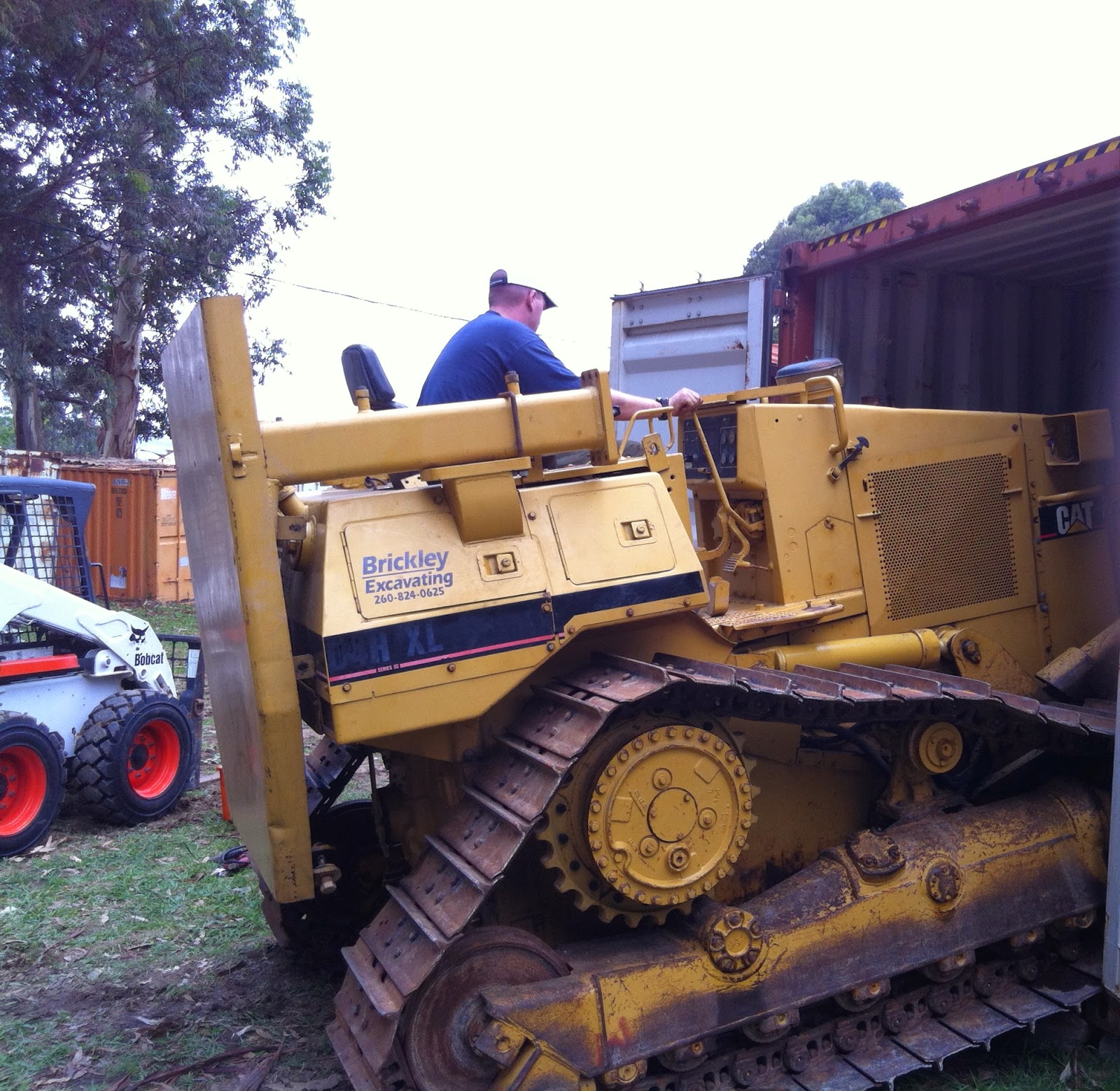 Jason expertly retrieving his equipment from the container.

We are looking forward to getting the equipment out on site at the beginning of the new year so that construction on the runways can start. It's going to be a challenge moving the equipment, as the last 175km or so of road to Cavango, where the first runway will be built, is along a dirt road that hasn't been maintained for almost 40yrs. The other challenge will be that rainy season will have started at that point, which can complicate things even more!
Posted by The Sporadica at 12/01/2014 04:15:00 am No comments:

As we are want to do at times, we like to look out the windows of our apartment, which give us wonderful views of the bairro and city where we live. We enjoy seeing the changes in the city, watching the traffic, seeing the people go about their daily tasks and seeing the many lights at night. The other day Tammy was looking out one of our rear windows when she spied a young man on one of the roofs that we can see. It's not really that unusual to see people on the rooftops, but something caught Tammy's eye that just seemed a little unusual. "Normal" is seeing repairs being made, satellite dishes being set up, children chasing chickens or each other for that matter, but today something was different. 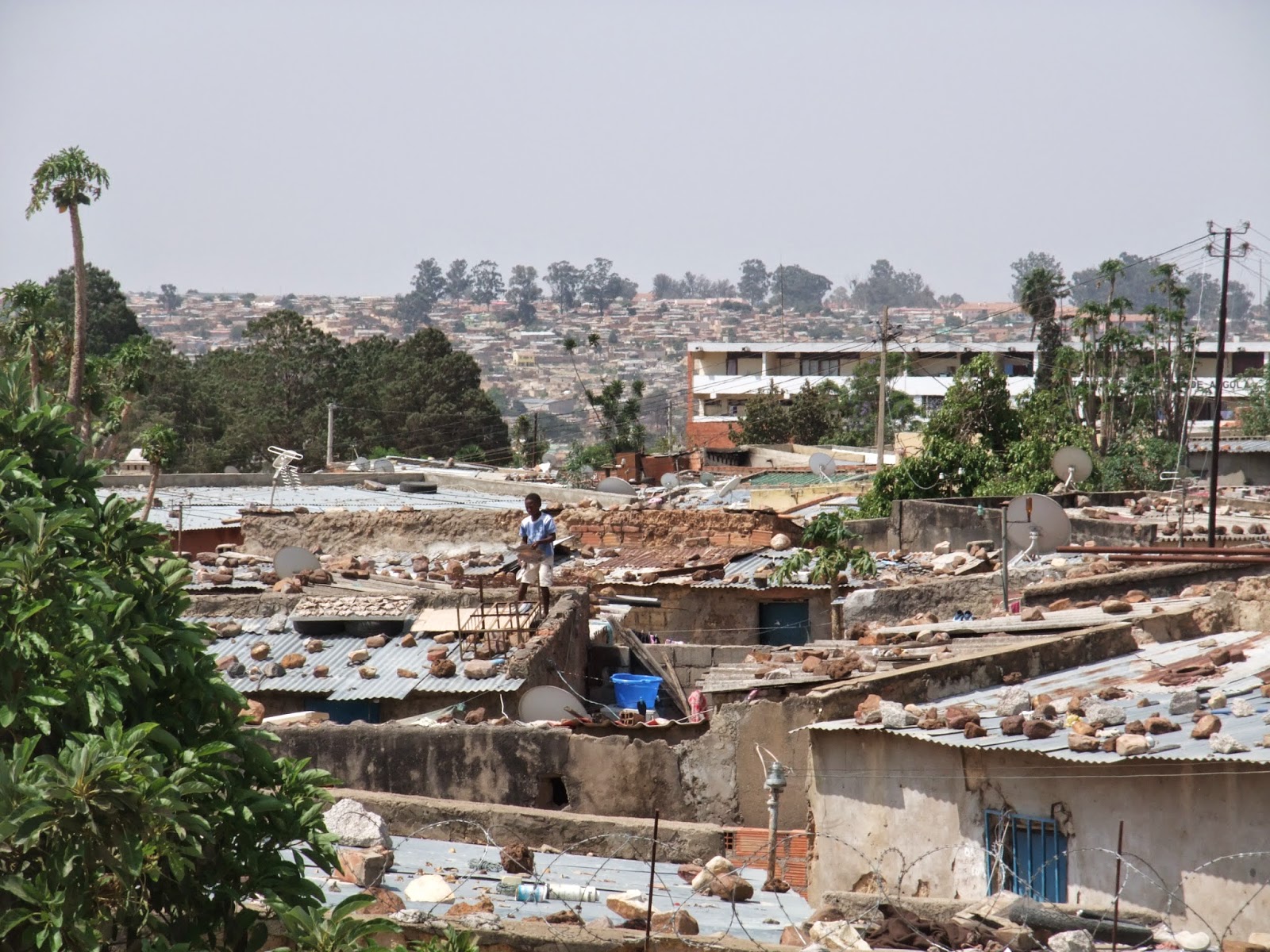 So what's that thar young feller up to? 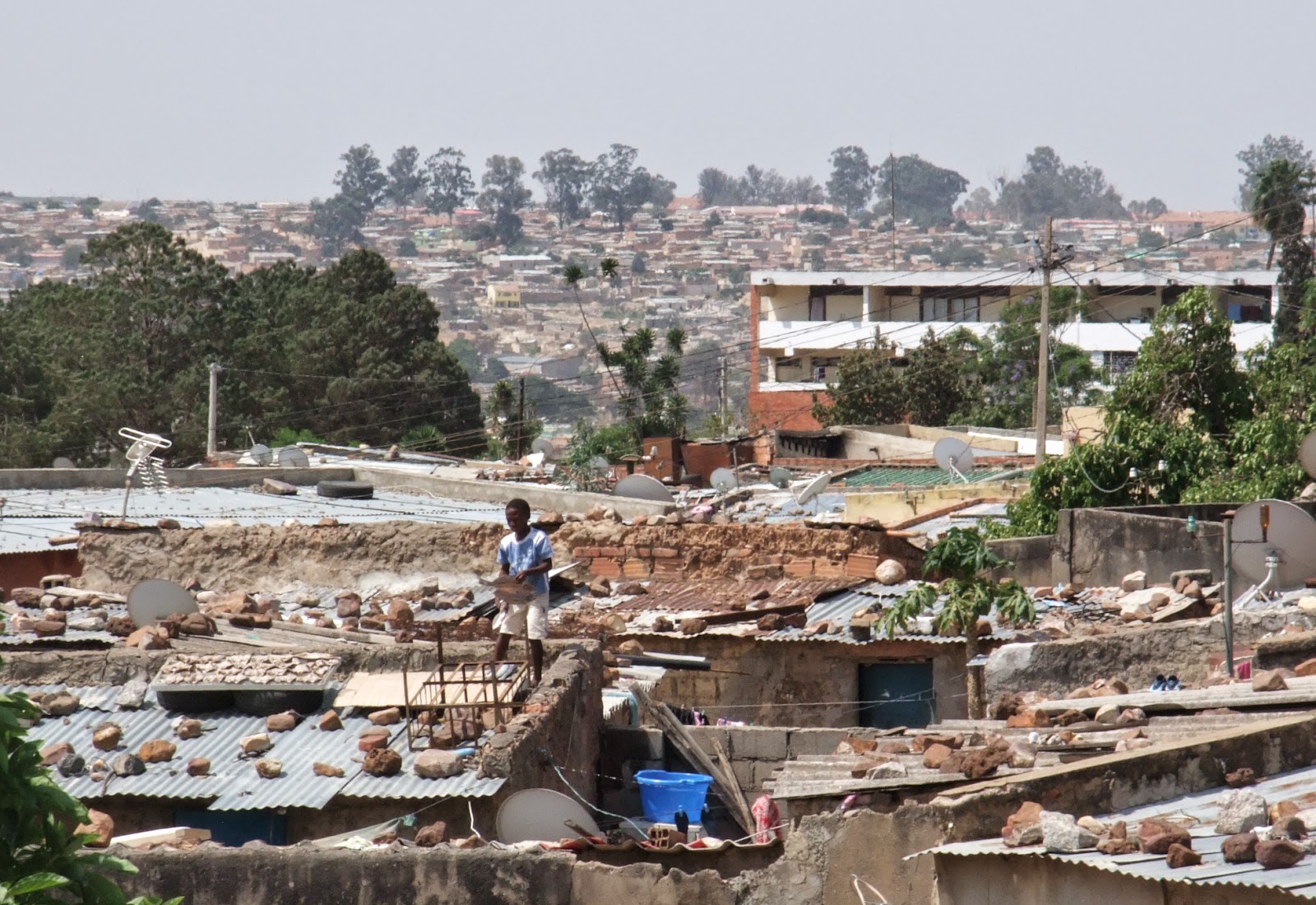 What's he holding in his hands? 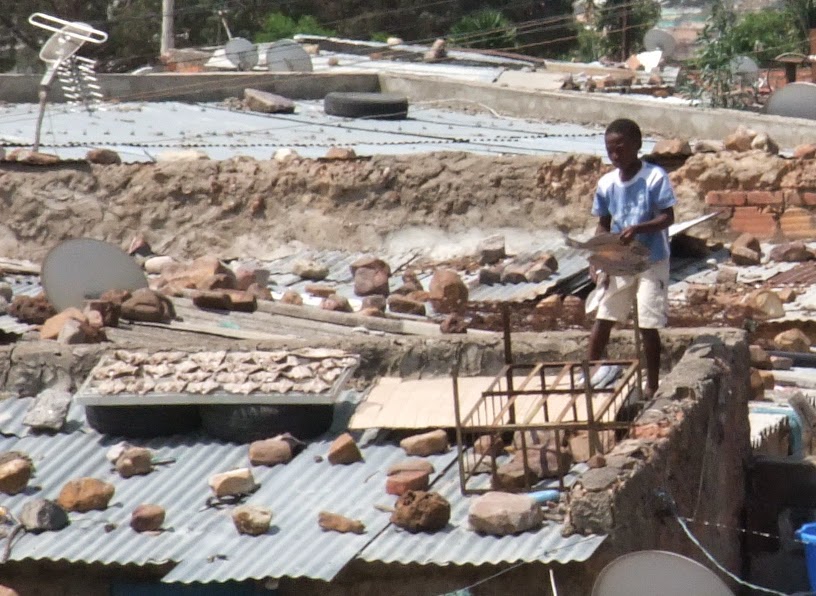 But of course! How could I have not thought of this!?
He's setting up his fish drying business!!